I spent the summer of 1972 checking groceries, making out with my high school boyfriend, and trying my first marijuana. At the time, I needed both the money and the worldly experience because come September, I was off to study journalism in the big city of Chicago.

Even though I was going to be too young to vote, I also spent that summer following politics. I’d met Nixon the previous year and felt a visceral dislike for him. I’d become increasingly opposed to the Vietnam war. I was a geeky high school debater with a lot of opinions, and less of them favored the GOP each day. Oh, and I loved spy novels.

So on June 18, when I heard about a break-in at the Democratic National Headquarters, of course I was intrigued. Over the next two years I would become enthralled by the enfolding story. 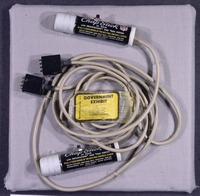 The “Cuban Freedom Fighters” responsible for the break-in would turn out to be in the employ of the Committee to Re-elect the President, as revealed by a complicated money trail. The plot would eventually involve wiretapped phones, destroyed evidence, and chap stick tubes outfitted with microphones. There would be hero reporters and secret meetings in parking garages. What was not to love about this tale?

But here’s an odd thing. While the man may have been hard for me to like, I accept the common wisdom that Richard Nixon didn’t know what his zealous campaign workers were doing. Tapes later revealed him asking his Chief of Staff “who was the asshole” who ordered the break-in. On the morning of June 18, as I was listening to the news, he wasn’t guilty of anything. Nixon became involved in the cover up as early as five days after the burglary, choosing to become a criminal as the story unfolded.

Ultimately 69 people would be indited and 48 found guilty, many of them top administration officials. And, of course, two years after the break-in, a president would resign.

Two things have stuck with me through the tumultuous forty-five years that followed.

In other words, the entire piece of dramatic intrigue was unnecessary and pointless.

And the future of the United States was substantially altered by the investigation, the subsequent transfer of power and all of the repercussions that followed.

As they say, you can’t make this shit up.

And, I still wonder what the world would be like today if someone had said “Nah, let’s not risk another break-in.”

How happy would you be if you knew what tomorrow would bring? How much more complicated would your choices be?

Meet a young woman who has this gift and follow along as she struggles to balance joy in her own life with her sense of duty to others.

Follow touching the sky to save the world on WordPress.com

Previously on this blog

How happy would you be if you knew what tomorrow would bring?

How much more complicated would your choices be? Meet a young woman who has this gift and follow along as she struggles to balance joy in her own life with her sense of duty to others.